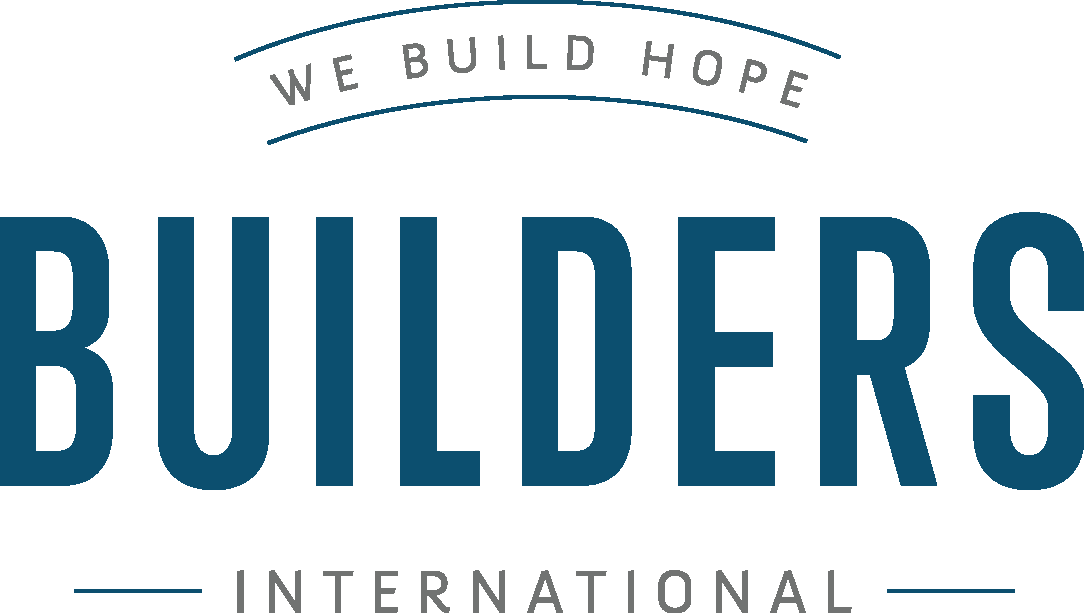 Yes! I want to get in on the ground floor of the Hope for Uruguay 100 project.
Please add me to the project community!
Follow!

After an axe to their front door. . .

Steve and Jill McCarthy refused to quit, and now have a huge challenge ahead of them . . . to build 100 churches in Uruguay. Join the journey as we launch Hope for Uruguay 100!
Follow!
Easily mobilize a team to Brussels, Belgium today!
Ensure that students across Europe are no longer turned away from quality theological education at CTS due to lack of space!
Build hope
Schedule a Team Now! I want to help build CTS! 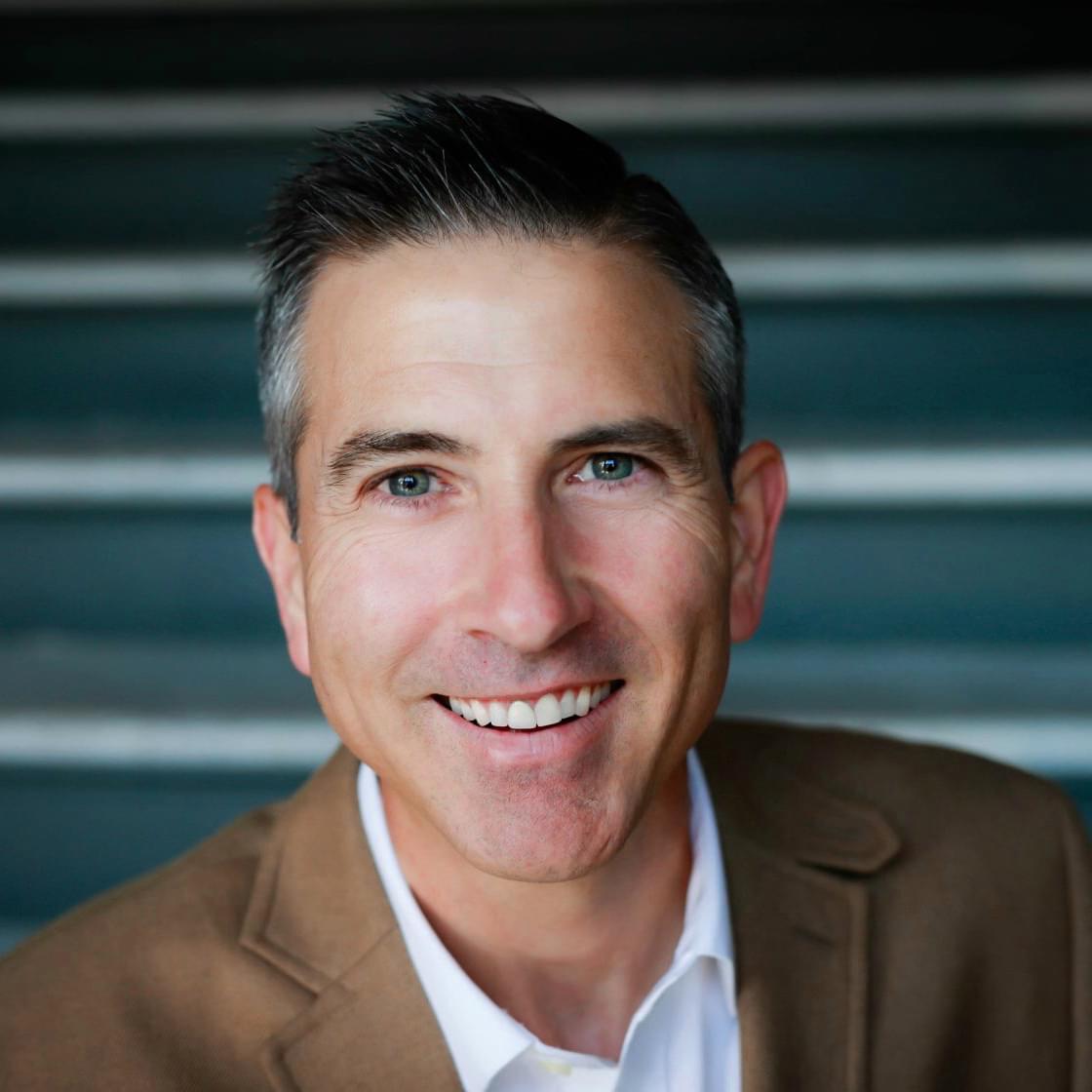 "I had the pleasure of meeting Steve and Jill McCarthy last year and learning about their call to serve and work in Uruguay over the past 10 years. Every time I am around the McCarthy’s, I get excited about the opportunity to work with them. All the ingredients are here to make a huge impact, as we come alongside missionaries Steve and Jill in Uruguay. You will not regret joining the journey and standing with them to start and finish this project!"
the NEED
The atheistic country of Uruguay has legalized prostitution, abortion, marijuana, and same-sex marriage! Hope for Uruguay 100 will bring hope to communities across this secular nation by providing permanent buildings for established, growing congregations.

the DESCRIPTION
Hope for Uruguay 100 is an initiative to build 100 churches in 10 years throughout Uruguay, which is known as one of the most unevangelized nations in the Americas. This project is an unprecedented opportunity with the national church, a passionate missionary, and Builders to double the number of churches. Cities with newly-planted churches and existing congregations, whose buildings are inadequate, will be blessed with a place of worship. In this collaboration, the local church purchases the property and completes the finish-work in the building, while churches and mission teams from the U.S. come alongside them to help provide the church facility.
Follow!
the BENEFITS
A building adds immense value to a new congregation. It provides a central place within the community for evangelism, discipleship, worship, and fellowship. Needs are met, lives are changed, and families are transformed. A new building also gives the pastor credibility within the community. A partnership with local pastors and congregations to build needed structures gives the people of this atheistic nation an opportunity to hear the life-transforming message of the Gospel. By collaborating with our missionaries and the national church, there is an opportunity to change a life, change a community, and provide a place to belong. Together, we build places where people find hope and see the Gospel spread throughout Uruguay.
“In all my travels, I have witnessed no greater spiritual desert than Uruguay.” - DAVID WILKERSON, Founder of Times Square Church and Teen Challenge 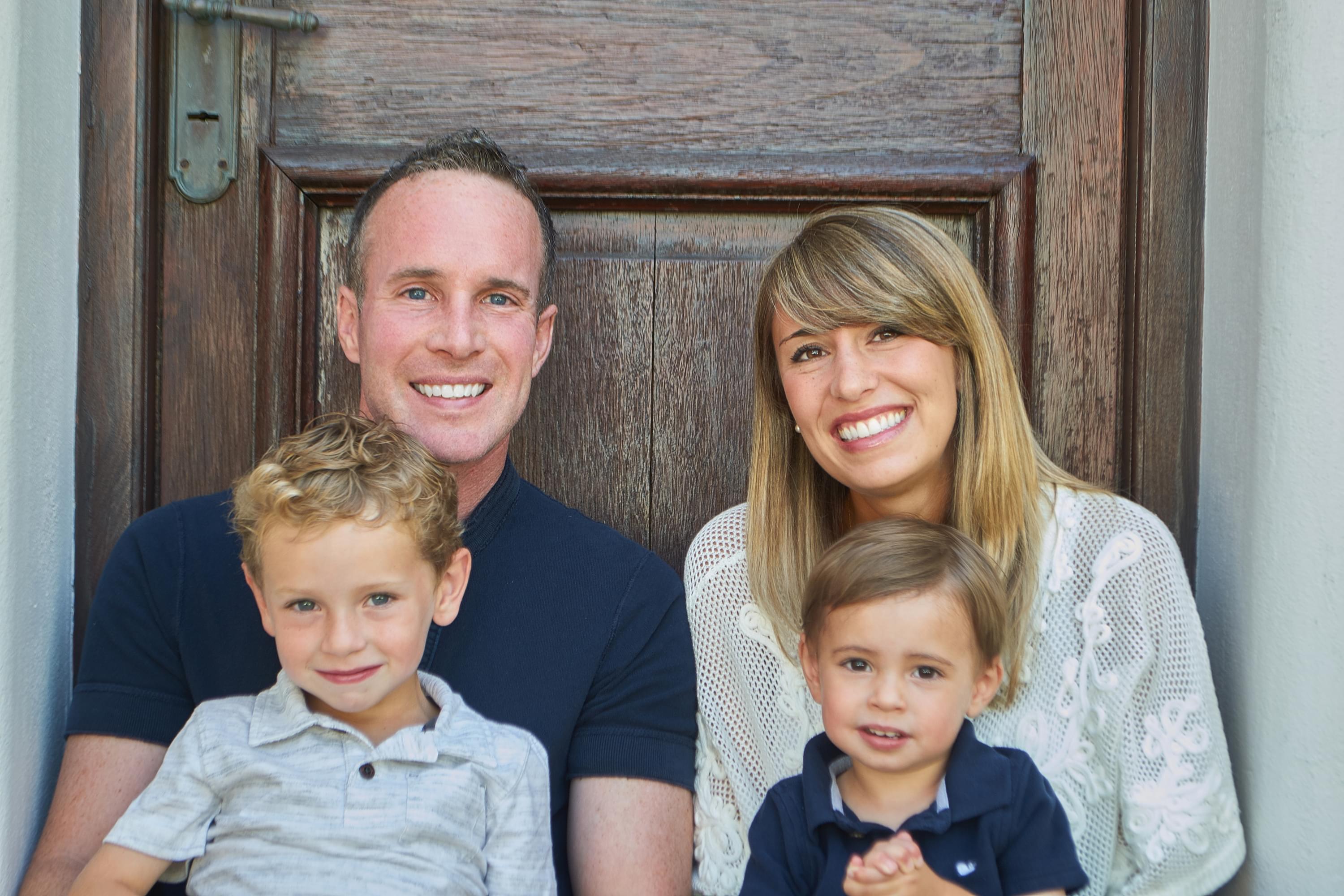 Steve and Jill McCarthy each sensed a call to missions as teenagers. They met, dated, and got married. Just two days after their honeymoon, they interviewed with Assemblies of God World Missions.
Since then, they have served two terms in Uruguay, which is one of the most economically and politically advanced countries in all of Latin America, and yet, one of the hardest to reach with the gospel.
David Wilkerson, founder of Teen Challenge, said, “In all my travels, I have witnessed no greater spiritual desert than Uruguay.”
Just a few weeks after their arrival into the country, their front door was axed in by burglars and their belongings were stolen! They knew it was their teenaged neighbor boys. But Steve said, “There are few repercussions in Uruguay for minors who commit crimes.” God kept prompting them to forgive the burglars and continue to reach out and witness to them. Even though they didn’t want to, that’s what they did.
Over the next year, Steve continued to play soccer with them in the street and slowly gained their trust. Many months later, Steve preached at Uruguay’s Teen Challenge Center. Afterward, a familiar face approached him. It was one of the boys who robbed his house! He accepted Jesus and enrolled himself in Teen Challenge to break free of his drug addiction!
Not only did this young man come to Christ, but he asked the man he once robbed if he would go back to his house and share the news with his family, so they would know he was okay. Because they listened to God’s prompting of forgiveness, they now had the opportunity to go into this home and share the good news of Jesus and what He had done in their son’s life! Steve said, “It’s amazing how God can use difficult moments of our lives to open the door for others to experience His love and grace!”
Steve and Jill are involved in teaching and preparing new pastors at the Bible School, serve as directors of Global University Uruguay and are involved in sports evangelism, using soccer as a bridge to reach the lost. In addition, they are part of the national leadership team that is training and mentoring new church planters and helping facilitate the launch of 100 new churches in Uruguay, as part of the Hope for Uruguay 100 initiative, in partnership with Builders International.
Steve and Jill have been married for 12 years and have two sons (one born in Uruguay) and one baby on the way!
All seems lost in Uruguay… 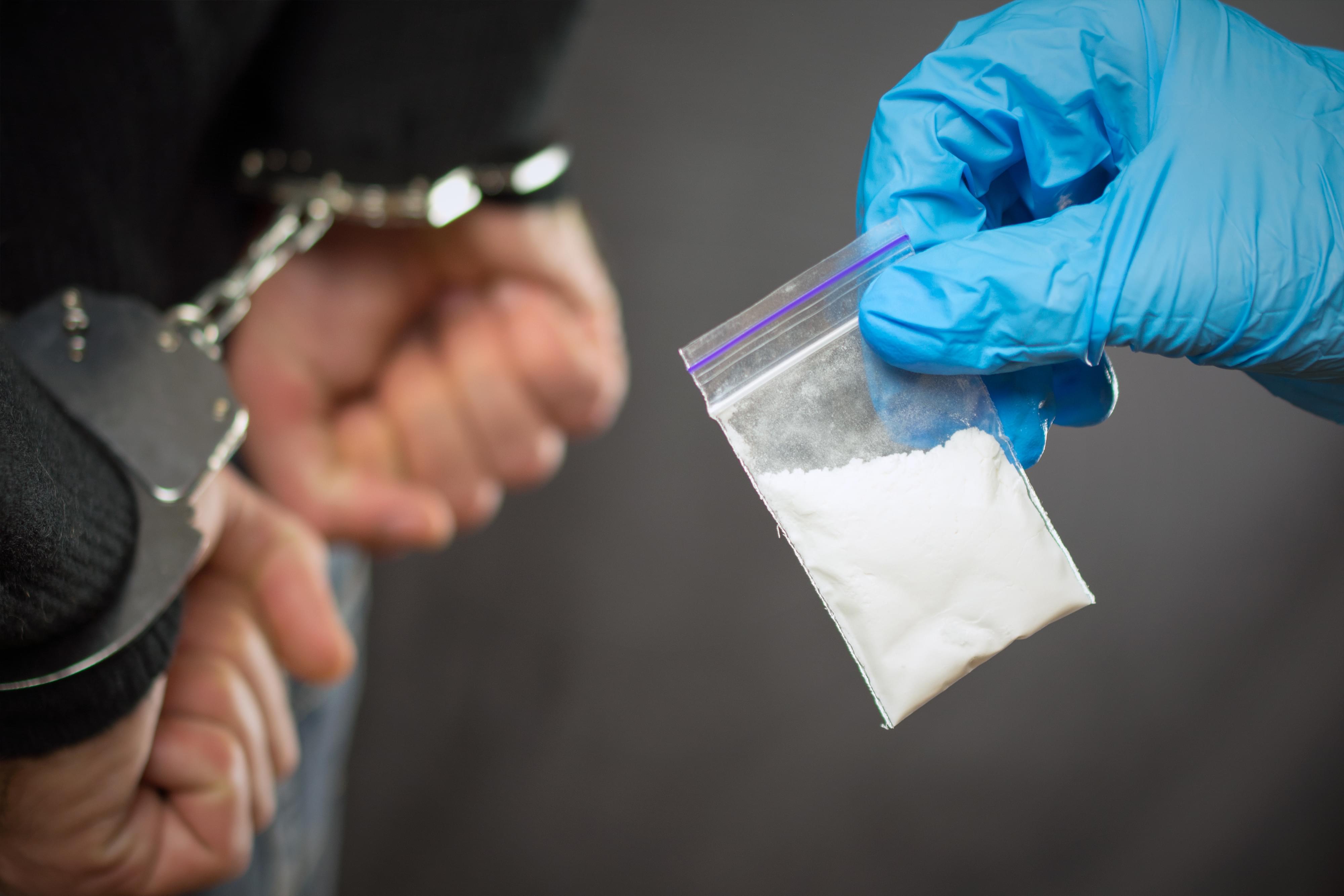 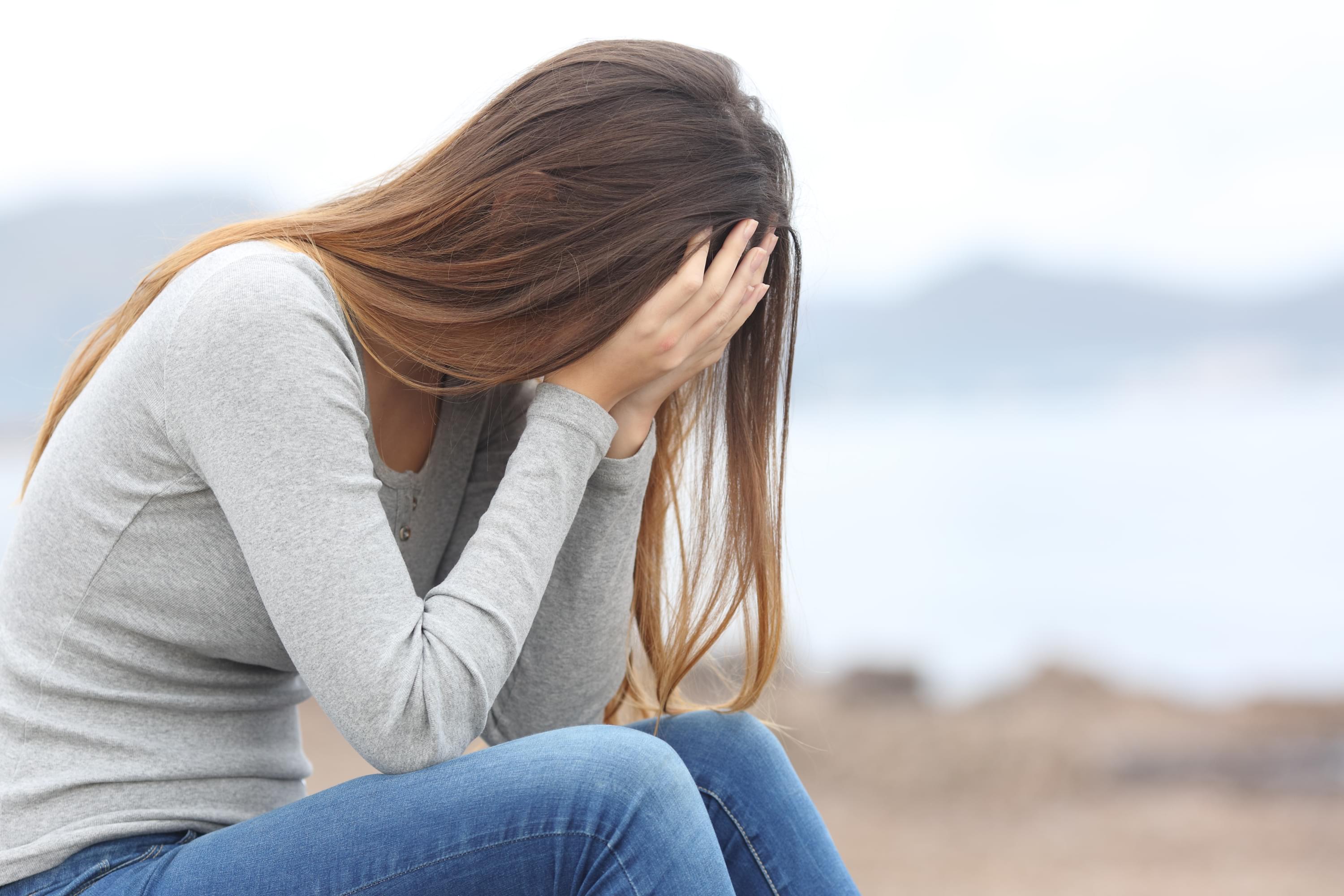 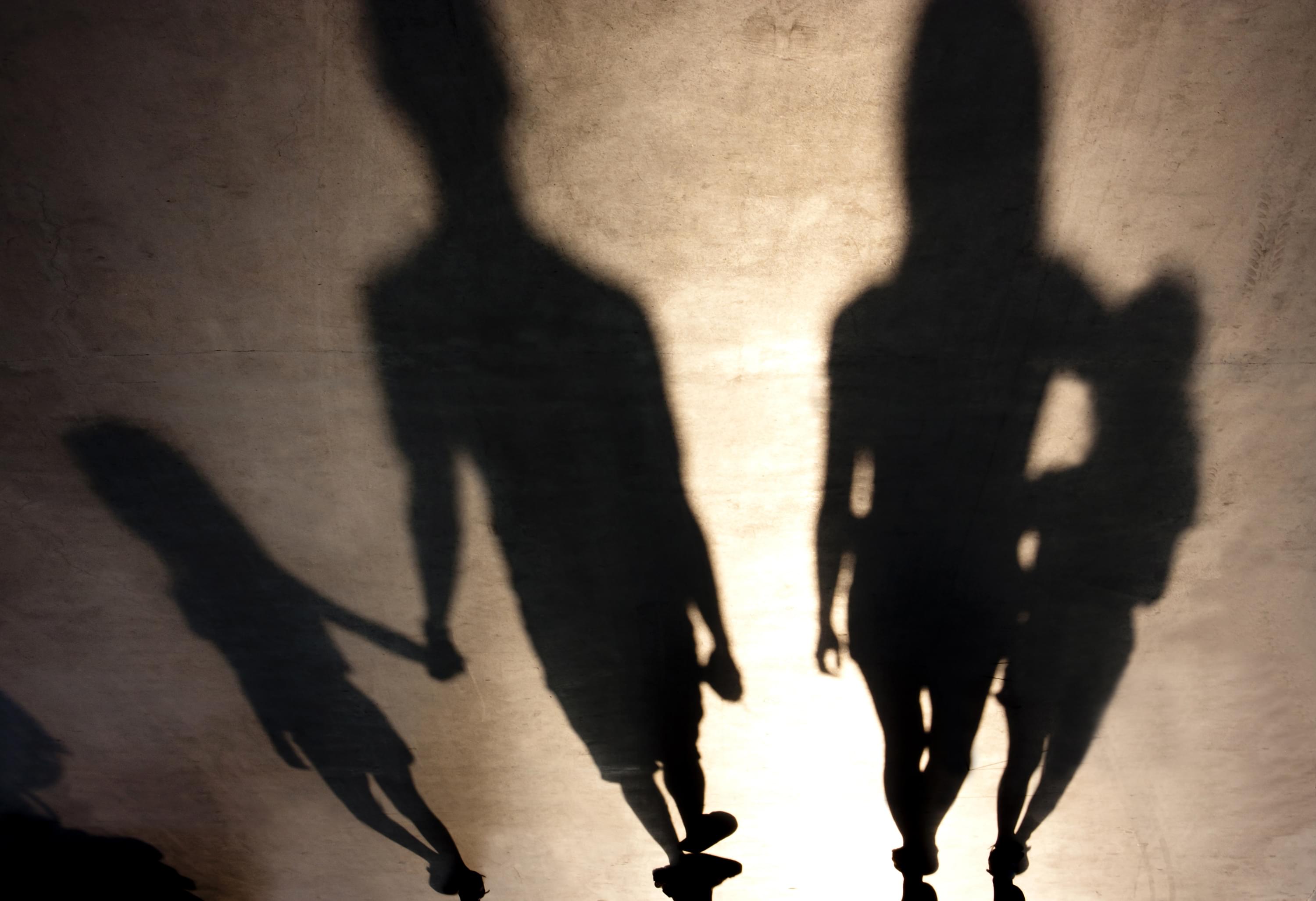 “At times it feels like we’re trying to swim against the current. Even believers and leaders struggle with depression…” - Jill McCarthy

Follow!
HOPE FOR URUGUAY 100
The atheistic country of Uruguay has legalized prostitution, abortion, marijuana, and same-sex marriage!
Hope for Uruguay 100 will bring hope to communities across this secular nation by providing permanent buildings
for established, growing congregations. 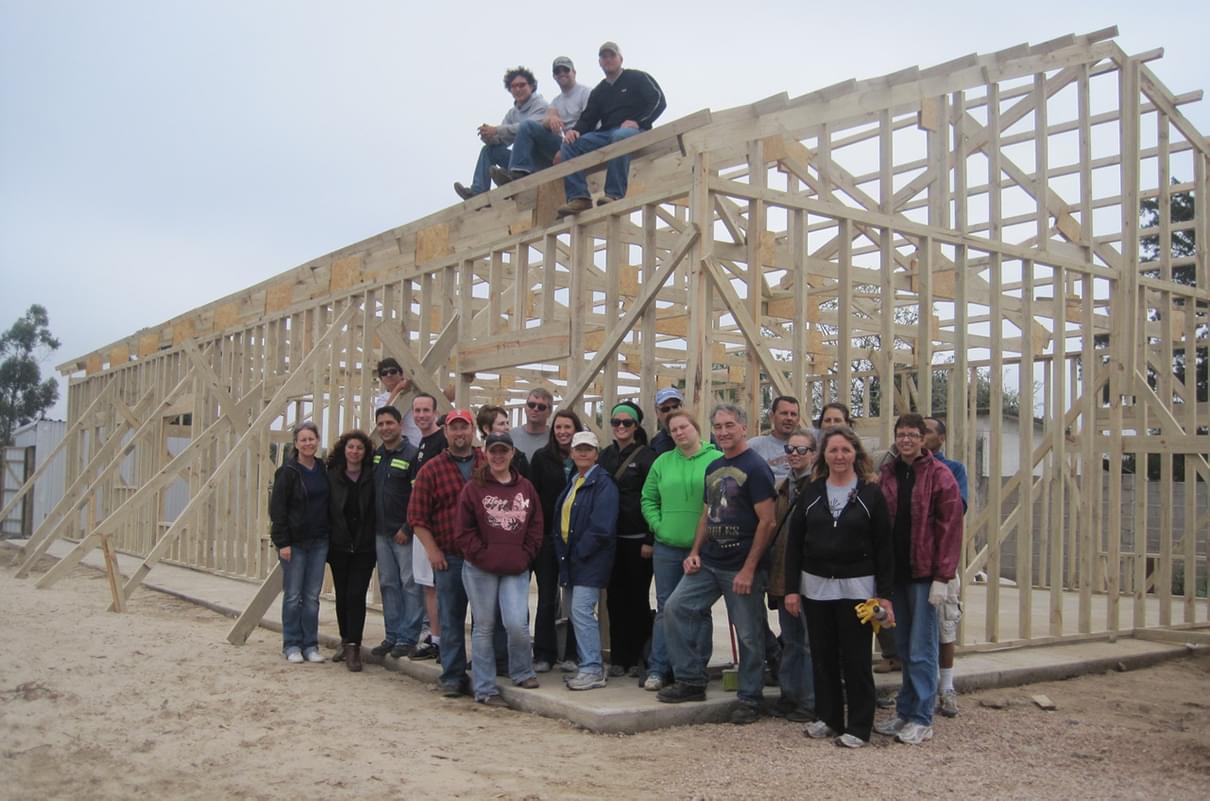 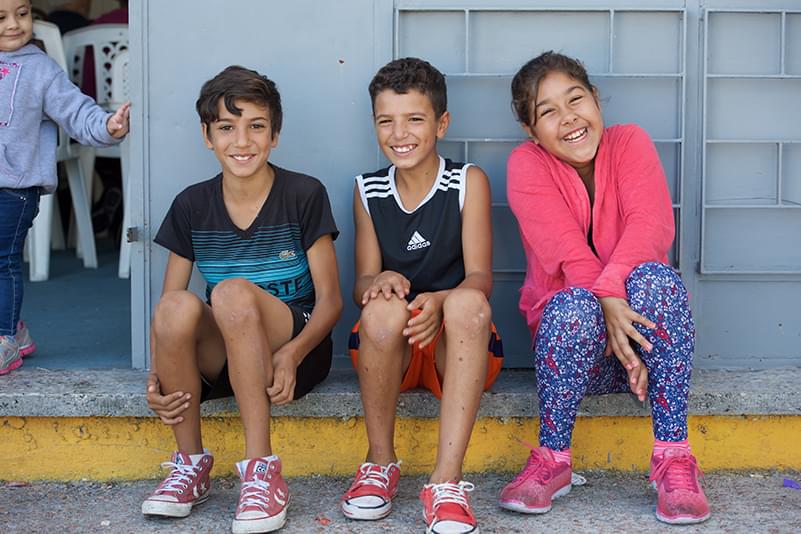 Your Mission Team will have an Amazing Experience!

"We Make it Easy to Mobilize Your Team!"

Mobilizing a mission team abroad is a huge challenge!
Our mission trip package services make it simple by covering all the details for you.
You will have the satisfaction of focusing on your team’s experience and knowing that you made a significant impact by building hope in a community that needs it most!

"Yes! I'm ready to join the community of finishers to help Steve and Jill McCarthy, working to provide a place for the people of the dark and atheistic country of Uruguay to find hope!"

I am excited to be on the ground floor of the Hope for Uruguay 100 project, which will provide 100 places people will find hope:

Every Hope for Uruguay 100 church will be much more than a building, providing: 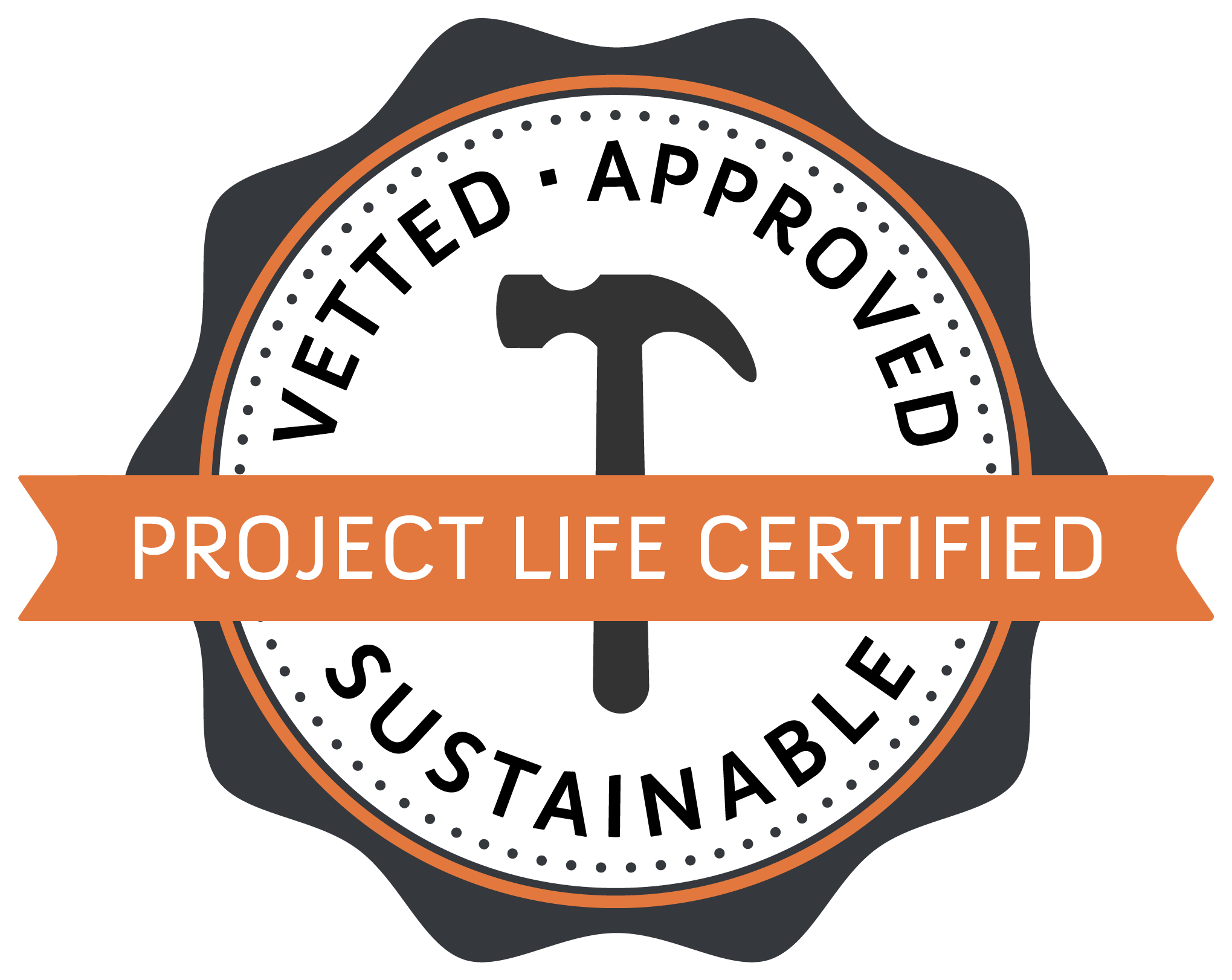 Our Project Life Certified seal means you can have confidence knowing you are helping where HOPE is needed most.
The Hope for Uruguay 100 Project has been thoroughly vetted through our Project Life certification process. This means your generous contributions and mission teams will be highly effective in moving this project forward to completion.

I understand that my action will make a difference in Uruguay!

Yes, I want to join the journey!

Ryan Moore
P.S. - The unevangelized people of Uruguay are waiting on you. Put the power of the Hope for Uruguay 100 project to work, bringing hope to communities across this secular nation by providing permanent buildings for established, growing congregations...find out how you can help!
P.P.S. - But don't just take my word for it...hear from Esther Terry, Missions Director for the New York Ministry Network, as she interviews Steve McCarthy. 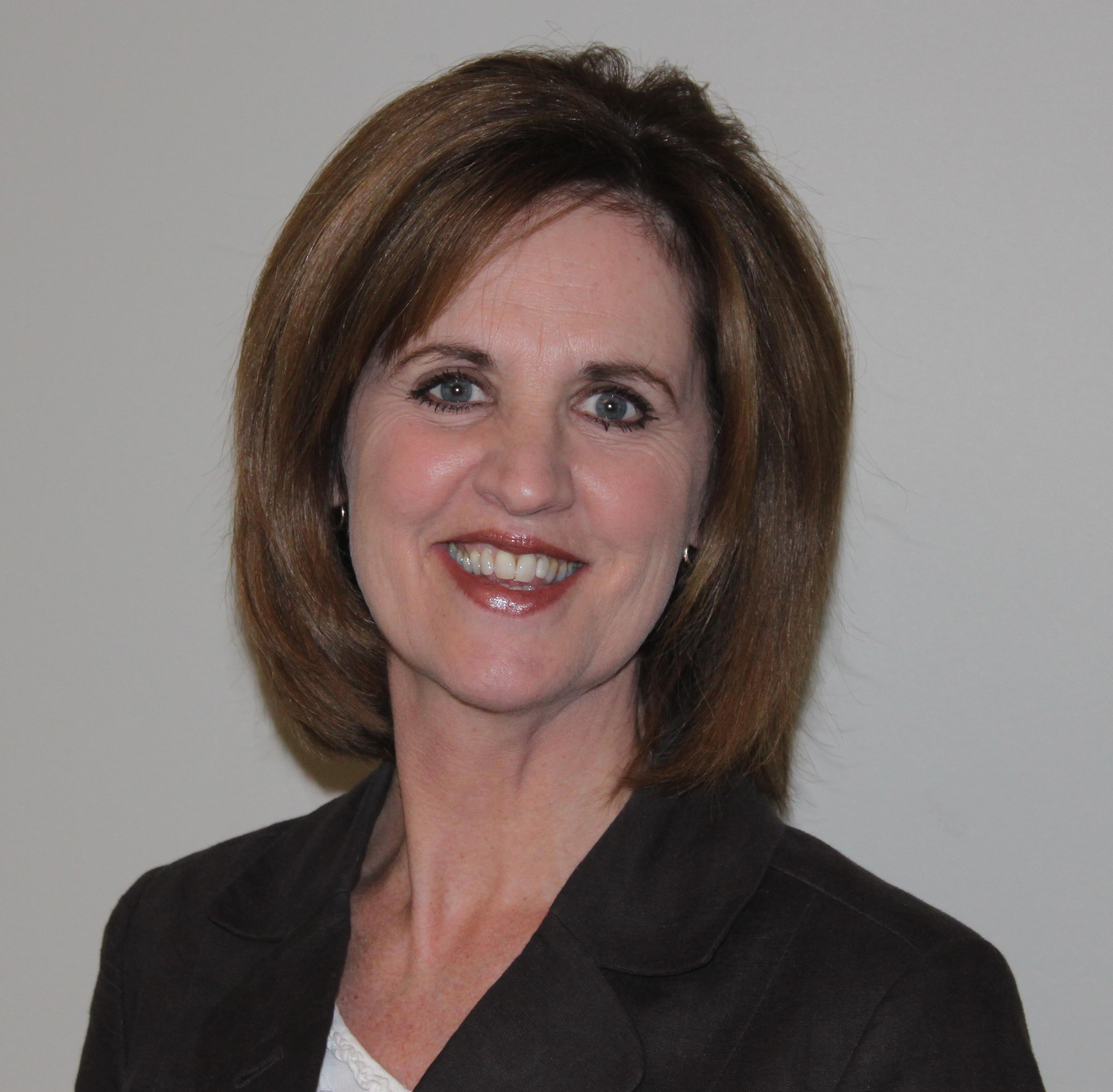 "Missionary Steve McCarthy, whom I have known for over 22 years, is a man of great integrity, perseverance and strong faith. God has given Steve and his wife Jill passionate hearts and determination to advance the kingdom of God in Uruguay through church planting. We believe, with God’s help, this vision will be completed as we all do our part."
Esther Terry, New York Ministry Network Missions Director
Follow!

“With the advent of globalization and the acceleration of communication technology, it is incumbent that CTS be responsive. As an institution, CTS must be nimble, flexible, and adaptable to meet the demands and needs of a highly mobile and tech-savvy generation that is longing for mentoring and coaching in order to grow and to share effectively the full gospel of Christ with a lost world.”
Gregory M. Mundis, D. Min
Executive Director, Assemblies of God World Missions 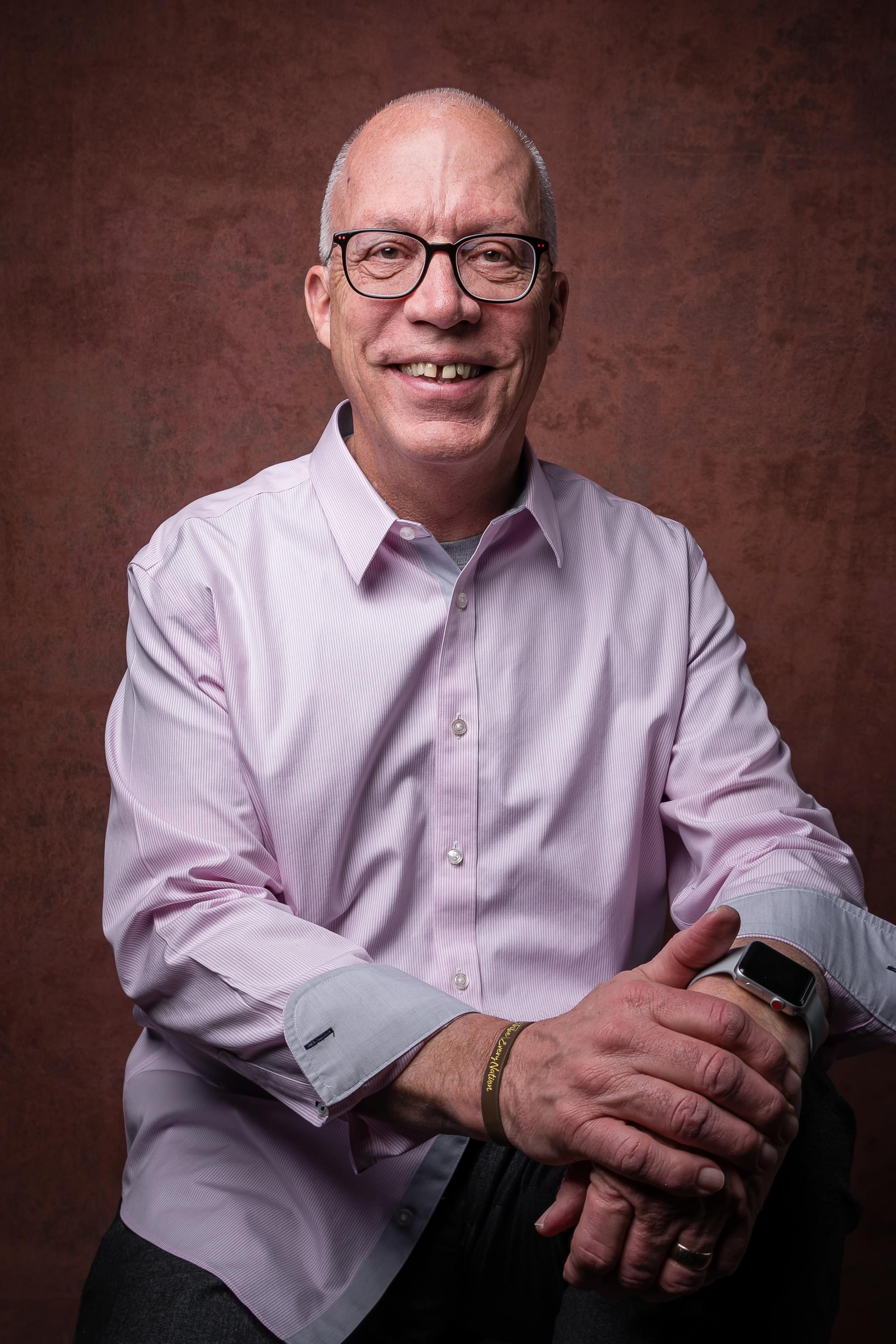 Schedule a Team Now! I want to help build CTS! 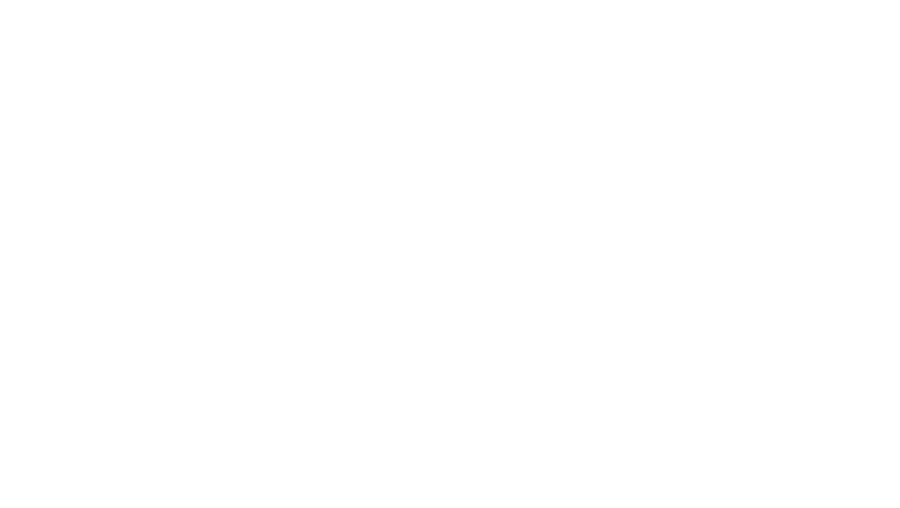